BEYOND BREXIT. THE BLUEPRINT 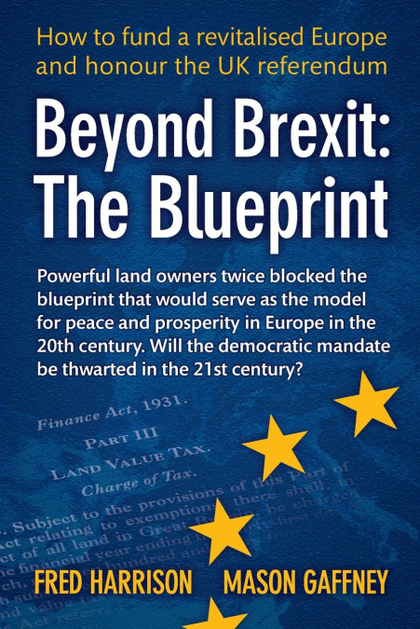 BEYOND BREXIT. THE BLUEPRINT

UK tax policies will prevent Theresa May from honouring her promise to rebalance the economy and enhance people's life chances, according to economist Fred Harrison. He repeats the10-year forecast he gave when Tony Blair came to power in 1997: Mrs May has 10 years to reform taxes to prevent the next property boom which will otherwise turn to a devastating bust in 2026. The UK loses about £500bn every year in wealth due to "bad" taxes. Across Europe, nations lose 1 trillion euros from VAT alone, according to Mason Gaffney, emeritus professor of economics at the University of California. Governments create the tax barriers to employment that drive people from their home settlements, creating the cross-continent migration that drove Britain to Brexit. The unique fiscal strategy for rescuing the EU project is described to pave the way for European prosperity, while securing the UK's freedom to trade.