LOVE BEYOND MEASURE – BOOK 4:  When Grace Mitchell’s job as a photojournalist sends her to Scotland with her young son, Cooper, in tow, her greatest wish is to escape from the aftermath of the wedding she abandoned. Instead, her life complicates further when she meets the mysterious, scarred, and alluring Eoghanan McMillan – a man so unlike any she’s ever known. She falls for him quickly but, after a spell sends them back in time to the seventeenth century, Grace is forced to accept the amazing truth about the man she’s just beginning to know and to re-think the life she had planned for herself.

IN DUE TIME (A NOVELLA) – BOOK 4.5: For Jeffrey Oakes, life in the 17th century hasn’t been the thrilling change of pace he hoped it would be. It might all be bearable if he had someone to maneuver the cultural differences and minimal conveniences with—someone with whom he could make a life.  Kathleen Carter’s life is changing. With enough money now saved to fulfill her dre 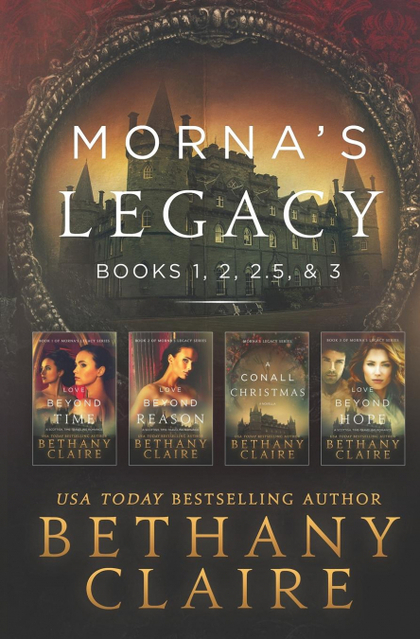